T-shirts are a dangerous place to foster the greater good. The number of words you can fit on the back of even an XL-sized damns the message to a level of simplicity that polarizes it, which in turn polarizes your audience. Polarization invites conflict. Influencing public sentiment and pro-social behavior takes literacy, discourse and compromise.

You see, God is allowed in schools. You would know that if, before you printed that t-shirt, you read this ACLU document, easily found with a Google search. We should be better informed about the law so that we can reasonably allow people to gather in schools and pray according to their individual faiths while not alienating some people for having different views of religion and not forcing one religious belief over others.

Between 2000 and 2010, the number of mass shootings in the US was only one less than in 36 other countries combined. The difference wasn’t that they allow God in their schools; some don’t and most offer it in the same way we can legally offer it. The difference is not that we have more mentally ill people than they do. The difference is that they have better gun-control laws. Protections to constitutional rights are not unlimited; the constitution tells us this. We can protect separation of church and state and still allow people to pray at school. We can regulate guns and still allow people to have them. What is unconscionable is that we allow well-funded polarizing organizations to influence extreme interpretations of our laws.

It’s time to inform ourselves about both our rights and our responsibilities. If it’s important enough that you wear it on your t-shirt, why not walk that talk? Learn more about your community’s rights to offer religious education and opportunities for prayer in public school, and then help your school board go about doing it. Legally and respectfully; with literacy, discourse, and compromise. 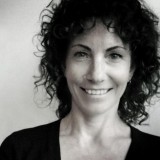